To follow up “New Whip, Who Dis?,” Daz Rinko calls on Desiire for his new single “Tell Me.” The track is produced by Melbourne and SPRILL.

Along with the new single the Memphis rapper decided to reveal the artwork and tracklist for his upcoming album, Black Boy Joy 2: The Bigger Picture, which will be arriving this Friday (9/28).

Listen to “Tell Me” below and then keep scrolling to see the tracklist. 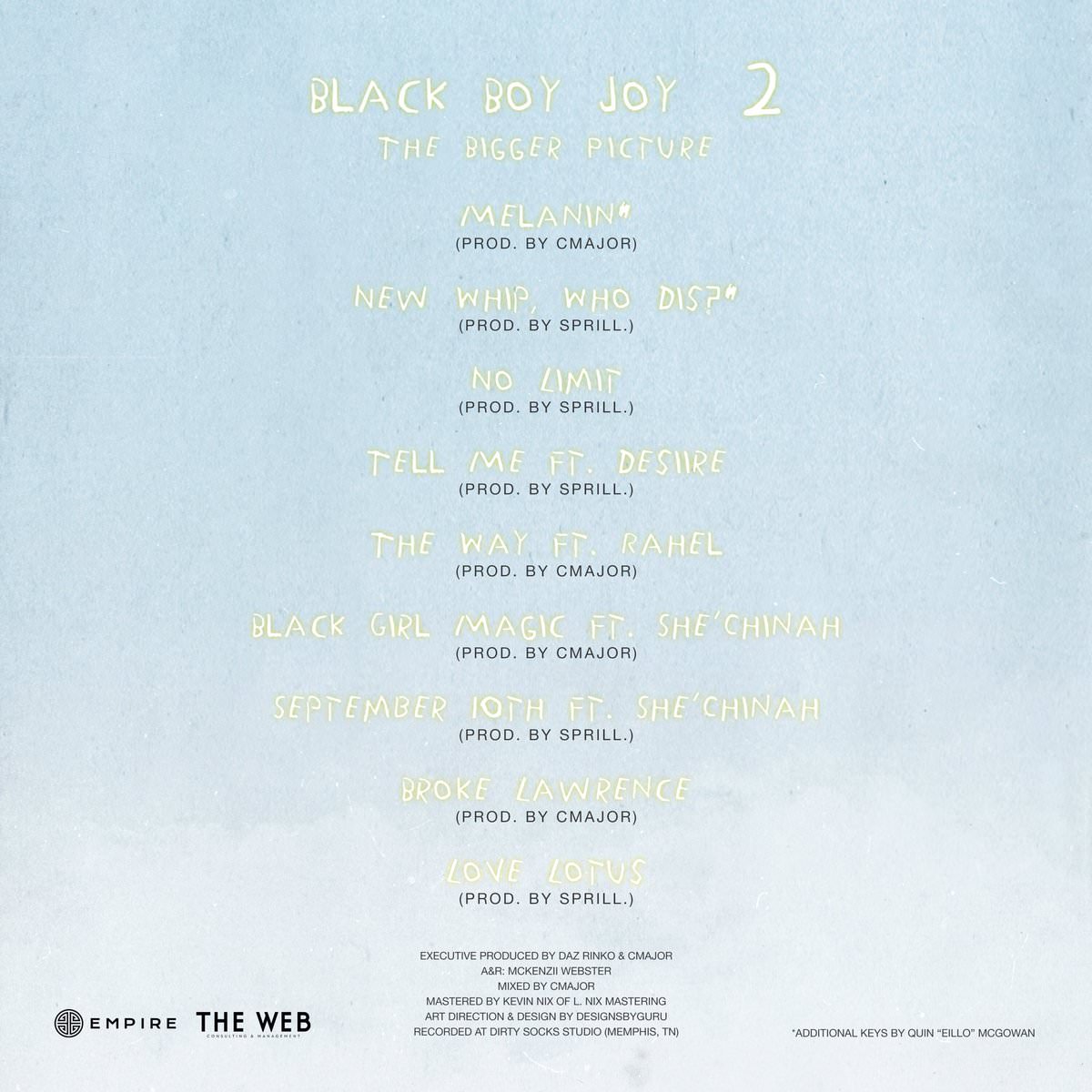